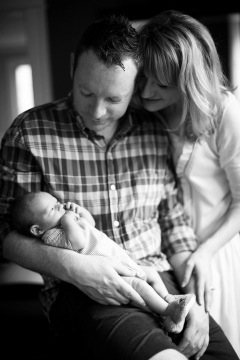 So this past Saturday was National Adoption Day. I thought it would be really great to share with you 2 wonderful adoption stories. The first is a domestic (within the USA) adoption story & the second is an international adoption story. Both of these families are close friends with mine, so it was so wonderful to read these stories.

So here is our first story of the domestic adoption….

“Thank you Ilissa for allowing me to share our story with your readers. Our journey through adoption was amazing. While it wasn’t easy at times, both emotionally and financially, I truly believe it was the journey meant for us and we wouldn’t be where we are or have the most perfect son for us had the journey taken a different turn.

The journey overall had been a long, long road. I won’t get into the nitty gritty details, but it started in September of 2007 when my husband and I decided we were ready to start a family. It didn’t happen as quickly and as easily as we had hoped, so we decided to turn to our doctor and found out of some issues that were fairly grim and didn’t give us most hope. We were still determined to give things a go, well, because women are mean to give birth and gosh darn it, my body was going to cooperate! Long story short, after 67 needles to my stomach, 17 ultrasounds, 1 laparoscopic surgery, 3 failed IUI’s and 1 failed IVF, we were ready. Ready to move on. We realized that we wanted to be parents more then I wanted to be pregnant. This just wasn’t about me being pregnant. We wanted to parent and we longed hard for it. We took the time to grieve, and moved on with our adoption plan in May of 2009.

We signed on with our agency in June 2009 and took the next few months to work on our home study. Our social worker Kate is one of the most amazing people in the process we had met. Equally as amazing is Patty, our caseworker is. I wish we could carry them around in our pockets to this day!

The home study process is very  long and very detailed. One of the biggest part besides background checks, child abuse clearances and our psychological state is us determining what we want in birth parents and ultimately our baby. We talked about race. What percentage of a particular race are we OK with. Can we handle raising a transracial baby. We talk about how much drug and alcohol use and abuse we are OK with. This is all necessary, but not every case deals with drug and alcohol issues. We also talk about special needs, premature babies and twins. We talk about what age we are open to also!

During our home study process, we created a profile book. This is basically our story. Our story of our life, my husband and I  talked about each other, we talked about our families. It was loaded with photos of how we live and enjoy life! It illustrated how badly we wanted to parent, and what our future baby could expect to experience being in our life. Each time the agency takes a call from an expectant mother, if our criteria matched hers, she would see our book. I *think* our book ended up being seen by about 35 expectant mothers. Crazy, right?

Along the 18 months of waiting, there was so much heartache, frustration and constant “why”. Why aren’t we chosen yet. Why is this taking so long. And why hasn’t our baby found us yet. All along the way i realized that we needed to just relax and wait. The right baby would find us, for all the right reasons. I without a doubt, 120% believe this now. Parker is truly ours, and our birth parents were truly meant to be in our lives.

I think the hardest part of the wait was Christmas, and putting away his stocking that would inevitably turn into the cats’ stocking since it was another Christmas without a baby. Mother’s Day and Father’s Day were pretty emotional too. But i believe, God was only going to give me what i could handle, so i prayed and waited. And waited, and waited. Until February 20, 2011. That is when we got “the call”. I always wondered what i would be doing and where i might be. It happened to be a Sunday afternoon and we were on our way to start picking out goodies for the kitchen renovation. I picked up my phone to hear Patty (our caseworker) on the other end. My body went hot and numb. I knew what was happening.

Patty proceeded to tell us about the case. We were both shocked and stunned. There were so many amazing pieces to the case. They were fairly local to us (within the hour) which we were grateful for that we didn’t have to travel, and for the amount of openness we were hoping for. Parker was due 2 days after my husband’s birthday. Patty proceeded to tell us about the case as we both listened, while our eyes were tearing up. She paused and said…”You two are so calm, are you alright?”

All i could say was..”Patty, this is 100% surreal right now. I honestly was starting to think i would never become a mother, and that i would win the lottery before this would happen.”

We found out that they wanted to meet us the following week. We got off the phone with Patty and just cried. We couldn’t believe this was really happening. At this point, we told no one that we were even going to meet them. We thought that if they didn’t feel a bond with us and didn’t want us to parent, why get anyone excited for us. That was one of the hardest weeks of my life.

The Sunday we met them came with so many mixed emotions. I sort of felt like i was going on an extreme job interview. We walked into the restaurant and made eye contact with Patty. And then we saw them. My eyes filled with tears, but i held myself together. The day that i never thought would come was hitting me in the face. I gave “A” the biggest hug and didn’t want to let go. So tiny and young, with such big, big adult decisions to make. Our birth father was so friendly and chatty. Very much a gentleman.

Conversation was awkward at first, but we were able to find out so much about them. They told us why they wanted to meet us and again, the water works started. We asked what they wanted for their son and such simple things that i take for granted in life. We talked about Parker’s name. They felt like they would want us to name him. We told them his name and they loved it! Of course, we were happy. Sometimes, in the adoption process, one or both birth parents have a strong feeling about a name or connection with a name and might ask the adoptive parent(s) to consider it. We were grateful that we didn’t have to have this conversation since we had Parker’s name picked out for years. (we intended to use it for either a girl or boy).

We left feeling so at ease, but we had to wait until the next day at least to hear from Patty. Loooong day, let me tell you!

She called my office the next day at about 1:30 PM. She told me that “A” and “J” wanted us to parent. That is when it hit. I sobbed at my desk and called my sister. She cried at work. I called my husband and he came to my office. I don’t think we have ever cried so much together and held so tight. The wait was finally over.

At this point, she was due in about 7 weeks. We decided to keep our match to ourselves and family only. We were so fearful that they could change their minds at anytime during the remainder of her pregnancy. We wanted this time to be very private and didn’t want to have to explain anything should something turn sour. It was SO hard. We have had so much support throughout our journey, that we wanted to shout from the rooftop!!

Throughout the remainder of her pregnancy “A” and i would text almost daily. She is one very strong young woman. She told me that she knew my husband and i are the perfect parents for Parker. She would offer her other son’s baby things to us. It was really a very incredible relationship that we built. I loved it. For me, not being able to conceive, i was able to feel that much closer to her, almost live the remainder of her pregnancy with her.

Fast forward to Easter weekend. I got a text message from “A” on Parker’s due date that she wanted to be induced. They wouldn’t oblige her, so  we waited. Not much longer though. On Good Friday, April 22 2001, i got a text from “J” that she was being induced. So exciting. It was ON like Donkey Kong! They didn’t want us there for the birth, but we were able to go right after. They wanted to have a couple of hours alone with him. He was born at 11:45 PM, so at that point we couldn’t go to the hospital anyway. We left first thing on Saturday morning. The drive was so exciting, yet so heartbreaking at the same time. We knew that our joy was bringing “A” and “J” so much pain. Spending time with them in the hospital is something i’ll never forget though. Those are details that we are keeping to ourselves to tell Parker one day, but it was one of the most emotionally draining times of my life. They had just given us the most amazing and precious gift. I wouldn’t be a mother without them. I realized too, that the strength they have is beyond words. I whole heartedly believe that it takes a lot to realize defeat and know that you want more emotionally, physically and financially for a child, then to have a baby and not give them everything they deserve. And “A” and “J” did just that.

We took Parker home on Easter Sunday. Our little Easter bunny. It was such a surreal ride home, just crazy!

We had decided that we would keep him a secret for a month. See, in NYS, even though birth parents sign surrender paperwork at the hospital, they do have a 30 day revocation period. While it isn’t as easy as “i want my baby back” and Parker would be taken from us, there was still that risk. We would have been heartbroken if we had introduced him to our family, friends and the world – and something happened. Those would have been questions that we just weren’t prepared, nor did we want to answer.  We wanted to protect our feelings, our birth parents feelings and most of all, Parker.

So 30 days later, we “came of of the closet”, the 30 day revocation period was over and Parker is ours! We still had to finalize in court, which took another 6 months to do and will forever become Parker’s ‘gotcha’ day! The day he by the NYS Courts became our son.

Thank you for reading our story. It is one that we hold so very close to our hearts. We can’t wait until Parker is old enough to share all of these details with him!

We still continue to text with ‘A’ a few times a month and see her twice a year. We have unfortunately been distant from ‘J’ as he has pulled away from us. However, he is welcome in Parker’s life when he is ready again.”