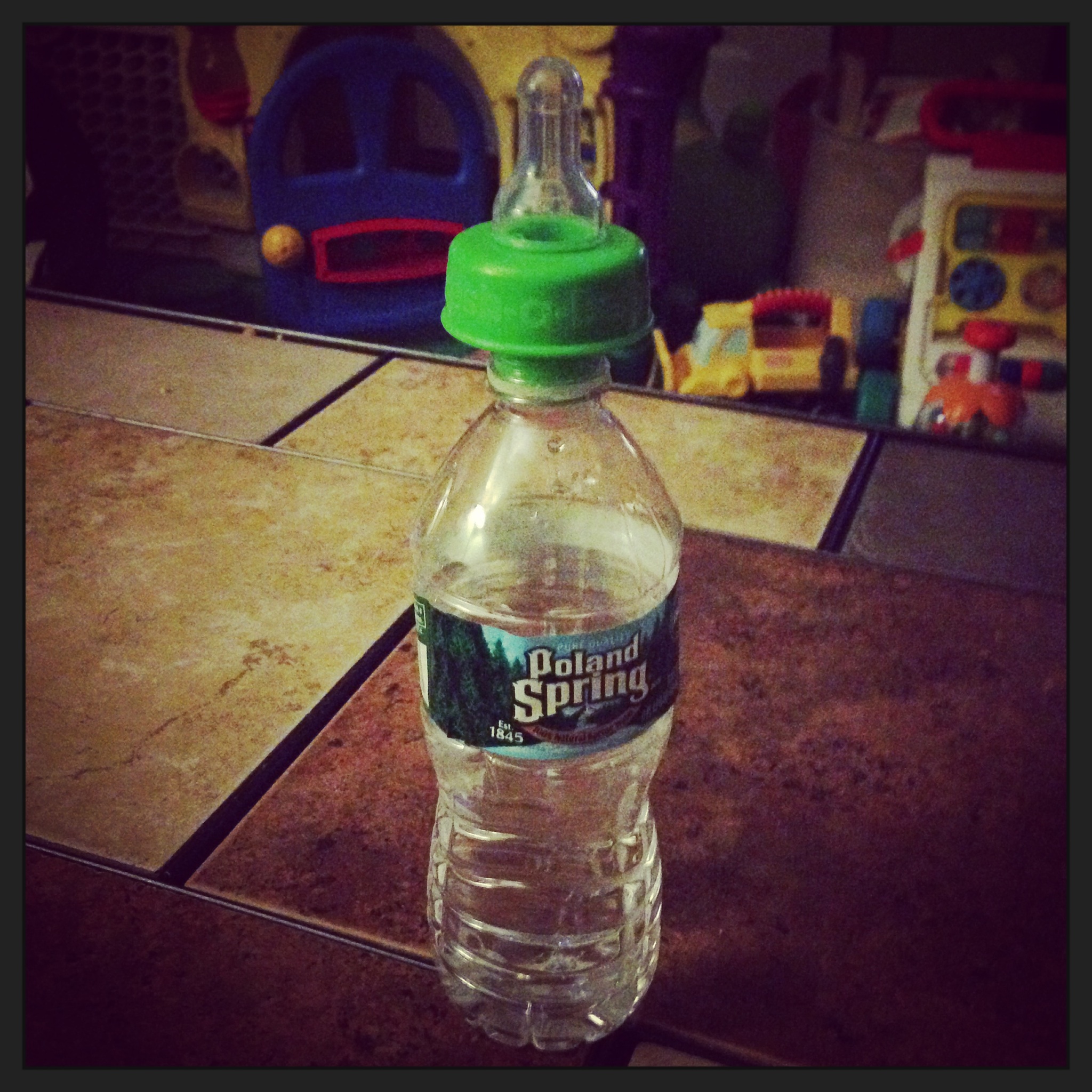 To say I was skeptical was an understatement. How many gadgets and gizmos does a baby need? I received this to debut as one of my Hot Products in my showcase at the Saratoga Baby Expo. It was a huge hit! Moms at the show were talking about how great an idea this product is. One mom mentioned how it would make her trip to Disney so much easier, because they wouldn’t have to pack a million bottles, just this top, and then they could mix their formula in an actual water bottle. Another friend of mine mentioned how her toddler nephew was sick and wouldn’t drink from a cup but a water bottle was cool, she was going to use one for mixing Pedialyte and getting him to drink it.

So I threw my sample in our diaper bag. I wasn’t sure how much we would use it. I was out to a friend’s house and Laney got cranky. Guess what, we didn’t have a bottle, out came the Refresh-a-Baby. There’s been a few times when we’ve stayed longer at a place than expected and we’ve had to use it. It has definitely been a useful item. It also fits numerous bottle tops, not just skinny tops. For such a cheap thing, only $6.99, I would definitely give them as shower gifts. The Refresh-a-Baby comes in 4 different colors. The only thing I wish it had was a little storage case, but that’s not a big deal really. You can buy a Refresh-a-Baby for yourself on their website here! You can also use code ‘holiday1’ for 20% off!