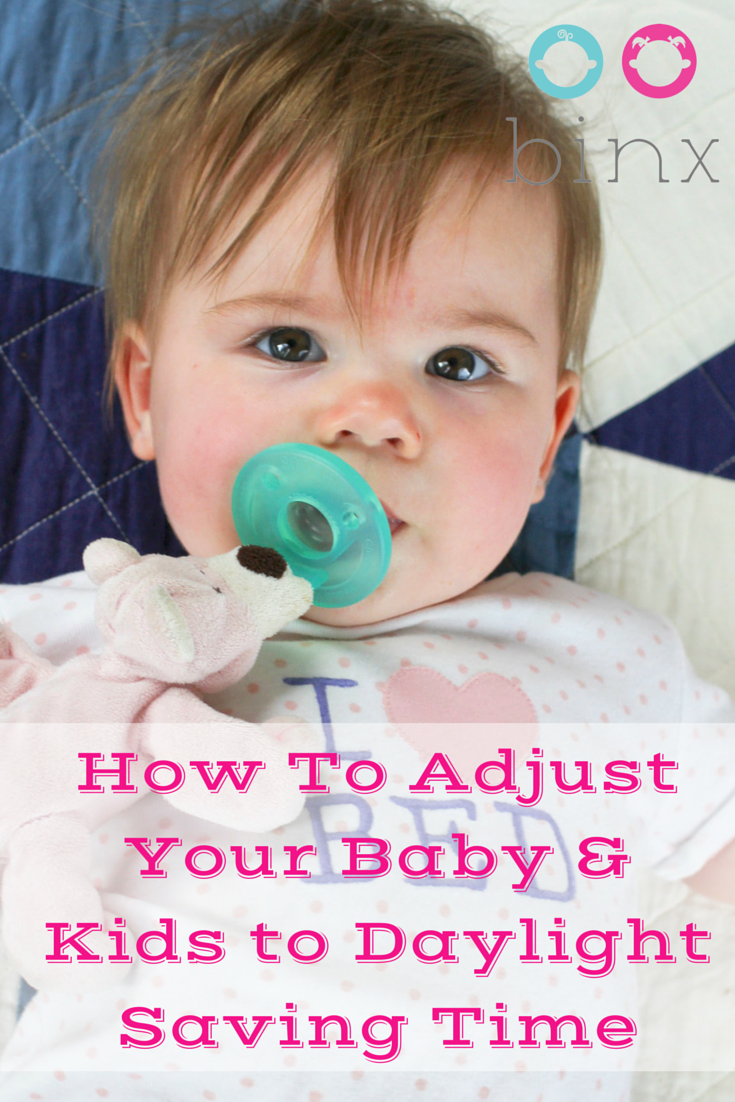 Coming up fast is the end of Daylight Savings Time on November 6, where we will be falling back an hour,and all the people who aren’t parents will rejoice in unison as they will get an extra hour of sleep. For the rest of us, the babies and kiddos will be very confused as to why no one is awake at 5:30am and we will be sad as we will be up then, too. Here’s a quick summary of how to adjust your child’s sleeping gradually before the time change happens.

For babies/toddlers who are napping:

Starting on the Thursday before, put them down for their first nap 15minutes later. Do the same with their second nap (if they’re on a 2 nap schedule) and with bedtime.

On Friday, put them down for their first nap 30 minutes later than their usual nap time. Do the same with their second nap, if applicable, and with bedtime.

On Saturday, put them down for their first nap 45mins later than their usual nap time, same for the second nap and then bedtime.

By Sunday they will be almost adjusted and on time! Yippee! Here’s an example of times:

For Older Children who don’t nap:

Just go cold turkey! Let them get up and good to bed on their usual schedule. They will adjust naturally within a few days.

Good Luck everyone! As always, if you need help with getting your child and yourself some sleep please look into my Sleep Services or our Ask Me Anything Sessions. I deal with all ages/stages, and you don’t have to be local to me to use these services as they can be done completely online or over the phone and require no in-person visitation. Each consult is completely tailored to your family’s needs and the biological needs of your child.